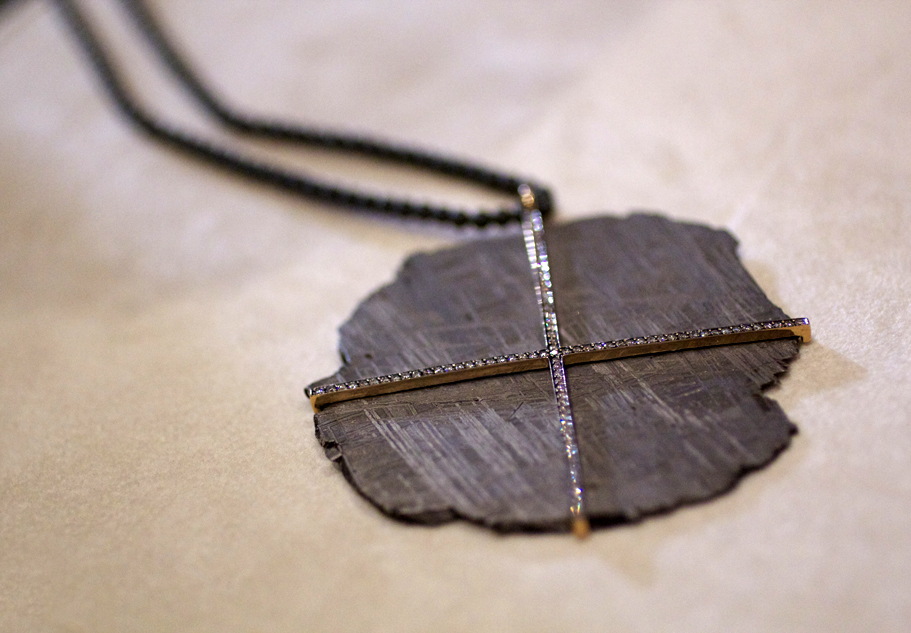 I was first introduced to Elena Votsi’s collections back in 2009, when I worked for Single Stone on Mission Street, a retailer that carries her line. When the pieces came into the store, I was struck by their clean, bold lines and the power they conveyed. And for the last few years, I have visited Elena Votsi at the Couture jewelry show, and her collections never cease to stun me. This is jewelry for women to purchase for themselves–jewelry that emboldens and makes one feel amazing. It’s also fine-art jewelry to collect–expressing that rare combination of art and wearable jewel.&nbsp;

An award-winning jewelry designer, Votsi draws inspiration from the ancient heritage of her home country, Greece. She began her career as an artist, versed in traditional painting and drawing. Her booth at the Couture show was filled with exploratory sketches that reflect her connection to the rich Greek culture that is so integral to her designs. She is known for her striking Olympic-medal design, depicting the winged-goddess Nike victorious in the Panathenaic stadium. Votsi was chosen to design the medals for the 2004 Athens Summer Olympics. And while the artwork on the backs of the medals change with each Olympic host city, Votsi’s design for the front will live on for all future Games. 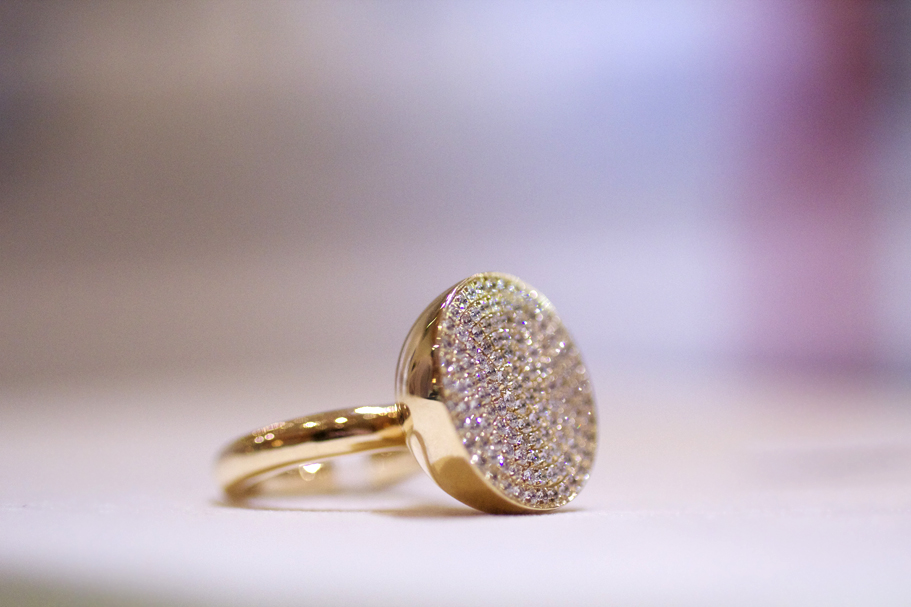 Votsi’s use of the sphere is particularly striking, as the shape imparts the beauty of the Greek sun. The designer wears these spherical and half-spherical rings from her Cyclos collection on multiple fingers for a sculptural look. The golden spheres also complete earrings, as they are suspended from pavé and bezel-set diamonds in both long and shorter, tailored drops.

Her arrow designs from the Eros collection deliver the archer’s edge with shimmering diamonds and colored gemstones. And the meteorite and diamond pendant (shown above) was one of the most elegant and innovative looks at Couture.

Elena Votsi’s collections are also available at Bergdorf Goodman, and she has shared a preview of pieces that will be in-store this September in addition to current selections.