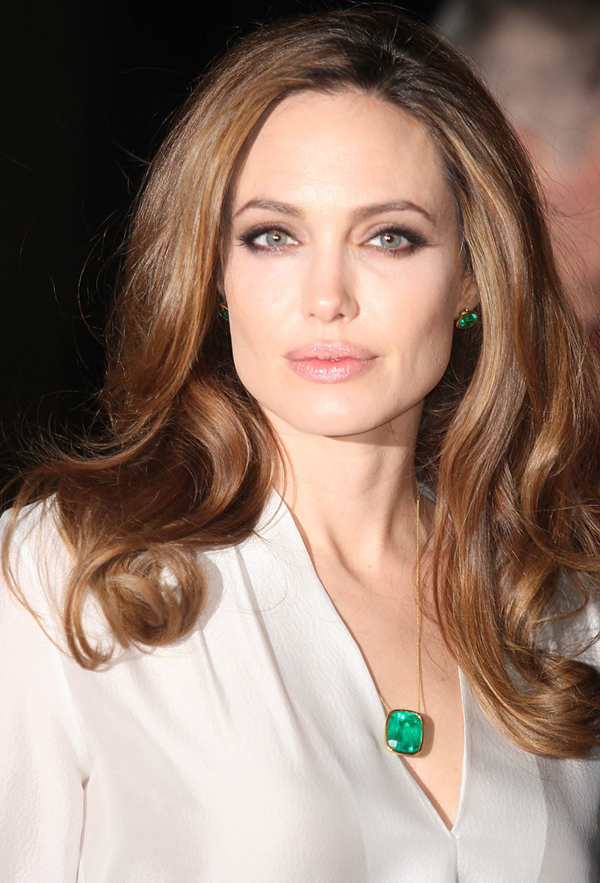 Actress and UN Goodwill Ambassador Angelina Jolie has opened a new girls’ school in Afghanistan, according to E! News. The school, which is located near Kabul, will be funded by Jolie’s Style of Jolie jewelry collection, a collaboration with jeweler Robert Procop benefiting Education Partnerships for Children of Conflicts. Jolie and Procop introduced the collection in 2011 at an exhibition in Beverly Hills with all proceeds dedicated to help children in need of education. And just yesterday, Jolie’s eponymous line debuted at its first American retailer, Tivol. The Style of Jolie collection combines exquisite simplicity with rare gemstones in bold designs. A 27-carat Colombian emerald stuns in a rose-gold bezel surrounding the rare tablet-shaped gem. The Angelina Jolie Exceptional Emerald Necklace comprises over 100 carats of vivid-green emeralds in a strikingly powerful and feminine design. Opulent and timeless, the look is pure Jolie and evokes her favored red-carpet looks. Procop, who designed Jolie’s engagement ring with Brad Pitt, is debuting the collection at Tivol’s two locations in Overland Park, Kansas, and Kansas City, Missouri, this weekend. And according to E! News, 100 percent of profits will benefit the Education Partnerships for Children of Conflicts. E! News stated that the new school educates between 200 and 300 girls in an area with a high refugee population. Jolie plans to build more girls’ schools with proceeds from the Style of Jolie collection.

Exceptional emerald jewels from the Style of Jolie collection

From a bejeweled Marie Antoinette to a group of teenage jewel thieves, Sofia Coppola delivers another healthy dose of jewelry in her latest film, The Bling Ring.

The film is scheduled for a June 2013 release and stars Harry Potter actress Emma Watson as Nicki, a “pole-dancing, thieving Valley vixen,” says GQ.com (UK) in a recent article about the star’s transformation.

“When I read the script and I realized that essentially it was a meditation on fame and what it’s become to our society, I had to do it,” Watson told GQ. “The character is everything that I felt strongly against – she’s superficial, materialistic, vain, amoral.&nbsp; She’s all of these things and I realized that I hated her.&nbsp; How do you play someone you hate?&nbsp; But I found it really interesting and it gave me a whole new insight into what my job, or my role as an actress, could be.”

The Bling Ring aka the Hollywood Hills Burglars was a small group of teenagers who robbed several celebrity homes of over $3 million in jewelry, clothes, and cash over the course of a year. Their victims included Paris Hilton, Lindsay Lohan, Orlando Bloom, Audrina Patridge, Megan Fox, and Rachel Bilson. Nancy Jo Sales covered the story for Vanity Fair in March 2010: The Suspects Wore Louboutins.

The thieves reportedly cased celebrities by using the Internet to view home layouts and news updates to track the stars’ whereabouts and to see what jewelry they were wearing out to events. Fortunately the LAPD was able to recover many of the stolen jewels, including $2 million worth from Paris Hilton.

The teaser trailer is quick at 54 seconds, but Coppola’s style, Sleigh Bells’ song “Crown on the Ground,” and shots of Watson and her co-stars in their vapid glory and ultimate fall, are enough to let me know that this film will be one to watch.

The historic pink diamond’s origins can be traced to the famed Indian Golconda mines, an ancient source which produced some of the world’s most renowned diamonds, including the Hope, the Koh-i-Noor, and the Archduke Joseph diamond. The mines, which were depleted in the early 18th century, yielded exceptional Type IIa diamonds. Type IIa diamonds currently represent less than 2% of world diamond production and are known for their exceptional chemical purity.

Originally owned by Hyderabad’s royal family during the Mughal Empire, the Princie diamond emerged at auction in 1960 for the first time as the “Property of a Gentleman,” later revealed to be the Nizam of Hyderabad.&nbsp; Van Cleef & Arpels’ London branch bought the diamond for £46,000. The pink diamond was named “Princie” in honor of the 14-year-old Prince of Baroda, who attended a party at Van Cleef & Arpels’ Paris store with his mother Maharani Sita Devi.

The historic diamond has not appeared at auction for over fifty years.

“One of the largest and finest pink diamonds in the world, the Princie Diamond carries a fabulous provenance, which brings together the legendary names of Golconda, Nizam of Hyderabad, and the Maharani Sita Devi of Baroda,” said François Curiel, Chairman of Christie’s Jewelry Department. 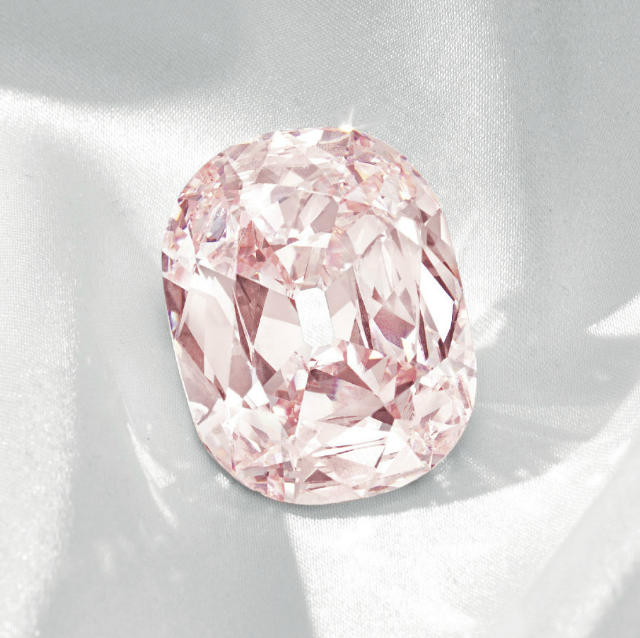 The largest fancy-intense pink diamond of Golconda origin to be offered at auction, the 34.65-carat Princie diamond • Image: Christie’s

The 34.65-carat Princie diamond, graded fancy-intense pink by the Gemological Institute of America, is a rare Type IIa diamond of Golconda origin. The Princie also exhibits a unique bright-orange fluorescence after exposure to long-wave ultraviolet light. The GIA laboratory has graded over 7 million diamonds and approximately 40 possess an orangey-red fluorescence and/or phosphorescence. The Hope and Wittelsbach-Graff diamonds, also from the Golconda region, both display an orangey-red phosphorescence after exposure to short-wave ultraviolet light. The Princie is the largest pink diamond that displays this incredible gemological property.