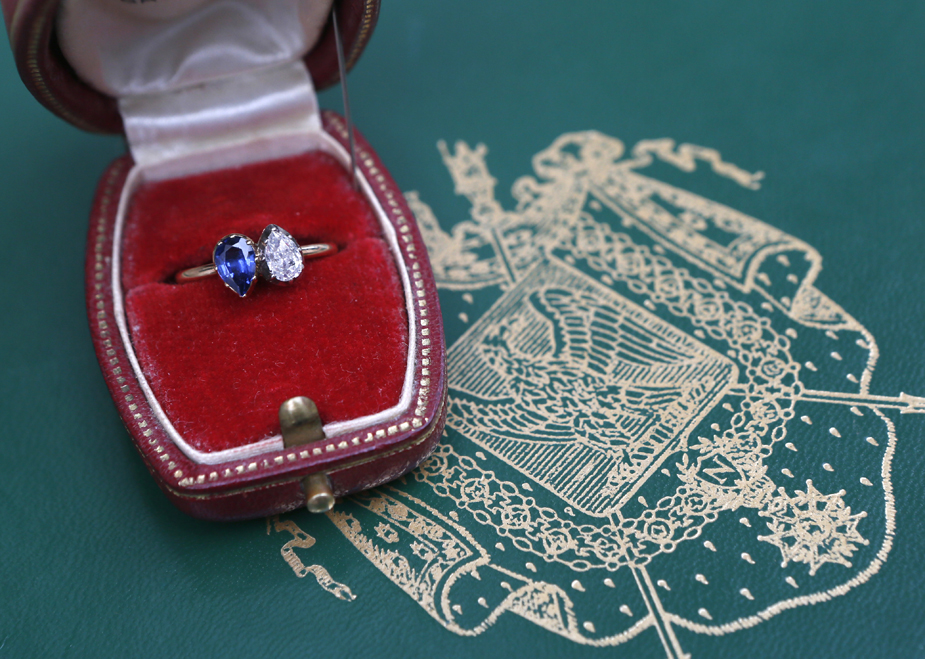 The diamond and sapphire engagement ring Napoleon Bonaparte gave to Josephine de Beauharnais on February 24, 1796, fetched nearly $1 million on Sunday, March 24, 2013. The historical jewel garnered well over the presale estimate of $20,000, selling for 730,000 euros ($948,000) at the Osenat auction house in Fontainebleau, France.

A modest jewel with incredible provenance, Napoleon’s betrothal ring features two pear-shaped stones, a sapphire and a diamond, each weighing less than one carat, in a toi et moi design. “At the time Napoleon was a young and promising officer, but he was not rich. He must have broken his wallet to buy this quality ring,” Osenat’s expert Jean-Christophe Chataignier told ABCNews.com.

The auction commemorated the 250th anniversary of Josephine’s birth, according to ABCNews.com. Josephine, Napoleon Bonaparte’s first wife and France’s first empress, was 6 years older than her husband and 32 years old when they met in 1795. A wealthy widow with two children whom Napoleon later adopted, Josephine married General Bonaparte in March of 1796. Just days later, he departed to lead the French army’s invasion of Italy. Napoleon wanted his wife to join him, but she remained in Paris with her children. 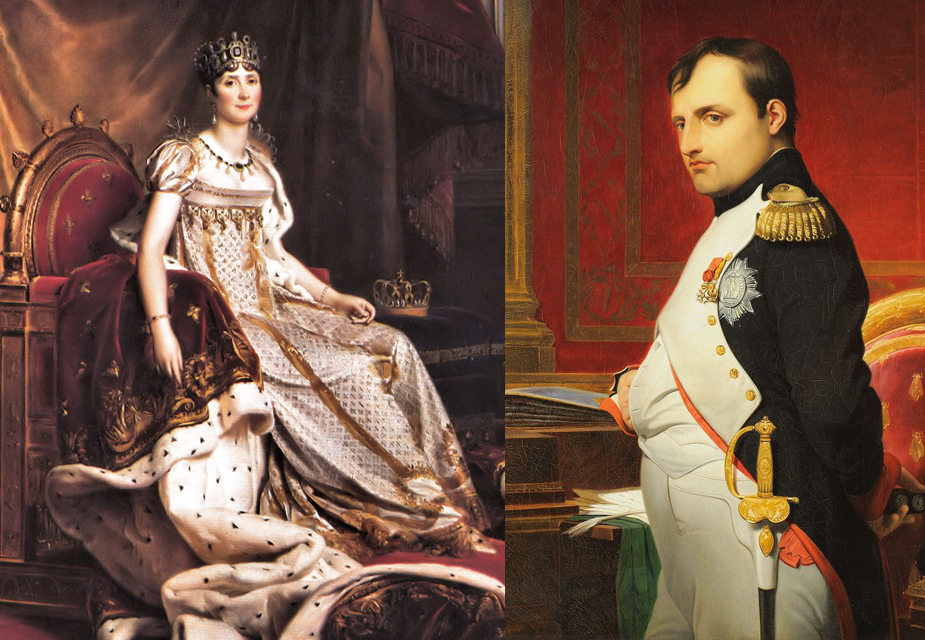 Napoleon wrote her several letters lamenting her absence, but Josephine, gave little response from Paris, as she had started an affair with a young lieutenant named Hippolyte Charles.

“I write you, my beloved one, very often, and you write very little. You are wicked and naughty, very naughty, as much as you are fickle. It is unfaithful so to deceive a poor husband, a tender lover! Ought he to lose all his enjoyments because he is so far away, borne down with toil, fatigue, and hardship? Without his Josephine, without the assurance of her love, what is left him upon earth? What can he do?” Napoleon wrote Josephine from Verona on July 17, 1796.

As the rumors of Josephine’s affair reached Napoleon, his letters became more…heated.

Napoleon took mistresses of his own, and his marriage to Josephine ended in 1810 after he declared he needed a wife who could produce an heir.

A relatively short-lived and volatile relationship that began with a simple toi et moi betrothal ring, which sold for a cool $1 million…it really doesn’t get any better.